New Visual Culture Program Coming to Caltech and The Huntington 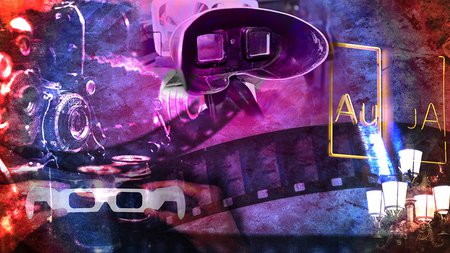 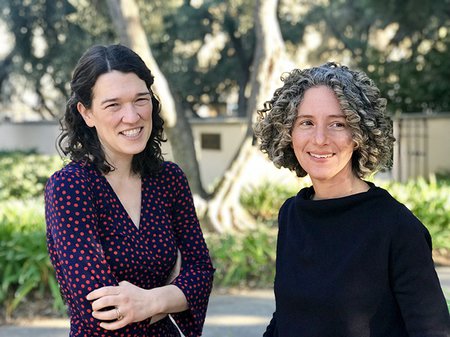 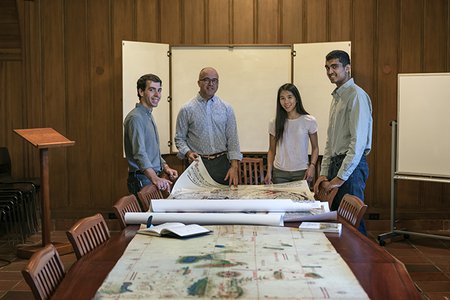 The new Caltech-Huntington Program in Visual Culture is about to make campus a lot more colorful. From tours of neon art around Los Angeles to campus artists-in-residence, the program will have a little bit for anyone interested in art and its potential for intersecting with science.

The program, the first of its kind at Caltech, is being funded by a grant worth nearly $1 million from The Andrew W. Mellon Foundation, which is known for its support of the arts and humanities in higher education. The foundation has previously funded initiatives at Caltech like the Mellon Mays Undergraduate Fellowship and, since 1986, the Caltech-Huntington Postdoctoral Instructorship program.

The program will also involve collaborations with The Huntington Library, Art Collections, and Botanical Gardens (The Huntington) that connect the Caltech community with artists, exhibition culture, scholars of visual culture, and The Huntington's extensive collections of visual materials.

The program, still in the planning stages, will be part of the Division of the Humanities and Social Sciences (HSS) and will include new course offerings, a postdoctoral instructor, artists-in-residence, guest lecturers, and the addition of a visual culture professor to the faculty.

English professor Dehn Gilmore, who is overseeing the program's launch, says this academic year is sort of a pilot for the program, but adds that there is already a full slate of activities planned for the next several months, including a student trip to the Los Angeles County Museum of Art (LACMA) to see a 3D-themed exhibit. Visitors to campus will include Malian textile artist Abdoulaye Konate; Katherine F. Chandler, a professor and artist at Georgetown University whose work has explored, among other things, drone aircraft and drone warfare; and Scott Chimileski, a microbiologist and photographer of microbial life.

A centerpiece of the program will be an artist residency that brings artists for extended stays at The Huntington and on the Caltech campus to work with students and organize exhibits and other events, including public lectures. Caltech has previously hosted artists including Israeli programmer and poet Eran Hadas and LA-based visual artist Sarah Rara, but never as part of a long-term program. "There have been these examples of artists-in-residence from the past, but what's coming up represents a much longer-term commitment to visual culture by the Institute," says Hillary Mushkin, research professor of art and design in mechanical and civil engineering, who co-directs Caltech's data visualization program and is involved in shaping the artist-in-residence program. "This will be an opportunity to bring in numerous artists to develop deeper conversations and collaborations and cross-pollinate ideas."

The first artist-in-residence will be Leslie Thornton, an experimental filmmaker best known for Peggy and Fred in Hell, a 17-episode series that follows two children acting out lives as adults in a chaotic world.

Other Caltech faculty members involved in the visual culture program are Professor of English Catherine Jurca, who studies classic Hollywood cinema and the American novel, and history professor Nicolás Wey-Gómez, whose lecture series Exploration: The Globe and Beyond will be expanded as part of the program.

The program will also involve collaborations with The Huntington Library, Art Collections, and Botanical Gardens (The Huntington) that connect the Caltech community with artists, exhibition culture, scholars of visual culture, and The Huntington's extensive collections of visual materials.

Gilmore says it is her hope that the visual culture program will allow HSS faculty, postdocs, and students to connect with Caltech's other divisions in new and innovative ways, energizing further collaborations.

"It will be very exciting for undergrads to learn new ways of thinking and looking," she says. "I think that will inspire new research avenues and hopefully inspire a new set of conversations among the faculty."